Showing posts from September, 2018
Show all

Why Apollo Was Sticky 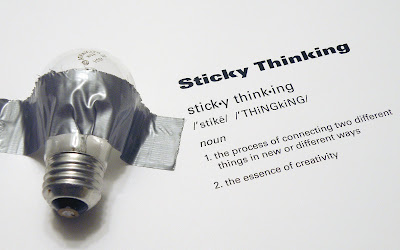 Decades ago my father, always the jokester, would tell this "multipart" joke. The genius of his approach was in how it was told: as two separate jokes, delivered back-to-back, each totally dependent upon the other. No one ever saw the connection until after the big reveal, which is what always made it funny.
Today, when I speak about creativity, I frequently begin the presentation by telling a version of his joke to help illustrate a point. It goes something like this:
A little girl is skipping down the street when she comes upon three colored bricks lying on the road: one red, one yellow, and one blue. She pauses, reaches down for the red one, thinks for a moment, and heaves it into the air. The brick hits the ground hard and breaks into pieces. After laughing a bit, she reaches down for the yellow one and heaves it higher into the air. The brick…
Post a Comment
Read more
More posts