Yellow is the new blue 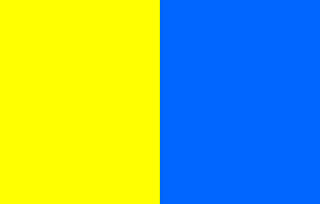 I once taught a graduate class in marketing comprised of working adults who were somewhat older and wiser than typical college-aged students. There was one exception––a 22-year-old who showed up to class at least 15 minutes late, week after week.

Jim (not his real name) always quietly came into class, sat at his regular seat, and attempted to determine what he missed, occasionally disrupting one of the students sitting next to him by asking questions.

We reached a point in the semester when it was time to discuss the psychological effects of product attributes and the power of influence. To illustrate the concepts, I brought in a large yellow boom box, sat it on the table in front, and explained to the class how the color blue affects perception, mood, and purchase choice. I explained that I wanted to use an entertainment-related product, but the only one I had available to show as a visible prop was in yellow. I asked the class to “pretend” and “imagine” the radio was actually blue. I told them the color was critical to our discussion and implored them to always refer to the radio as blue. They all agreed.

Our discussion began and everyone played along. Eventually, Jim arrived, late as usual. He sat down and began listening to the discussion. “Will the radio’s blue color have a positive net effect on sales?” “What shade of blue are people most drawn to for outside activities?” “What if the radio was a darker shade of blue?” I watched the expression on Jim’s face change as it quickly became apparent that what people were saying didn’t jive with the visual object before him.

Jim whispered to the student on his left. The student looked at him and said, “Shhhhh.” Jim looked puzzled, squinting his eyes at times. For a while he even looked angry, but that ultimately turned to concern. After an hour and a half of discussion, the class concluded.

The professor whose class was scheduled for the room next was standing in the doorway talking with a student. She knew what I was doing and was prepared for it. Out of the corner of my eye, I watched Jim get out of his seat, walk over to the professor, and ask her about the color of the radio, to which she replied, “Blue.” Jim then walked over to me and asked, “Professor Paustian, if somebody is colorblind, how do they know?” I responded, “Why do you ask, Jim?” “Well, I’m not sure if I’m seeing blues correctly.”

I just smiled and explained to Jim how he was set-up as a result of being late to class. After we both laughed a bit, I told him I was going to use this as a teaching point related to the power of influence at the beginning of the next class. Jim was never late to class again.
Whether Jim truly believed he was colorblind or not, at the very least, he began doubting himself and what his eyes were telling him. People are constantly influenced by others, whether it’s advertisers trying to mold your views on a particular brand or product, a politician trying to gain your support, or just a friend or co-worker trying to sway you to their point of view. And unlike the conscious “Red Pill–Blue Pill” decisions we make (see my last post Red Pill or Blue?), these influencers frequently guide our decision-making without us even realizing it.

Sometimes it’s easier to just accept something as fact, rather than taking the time to verify its authenticity. And while I acknowledge there are some things we have to just accept on faith as there is no way to tangibly verify its truth––such as a belief in God––the act of researching, studying and learning is an “opportunity” to build our mental databases. This ultimately provides more material from which we can make connections and become more creative. Also, influence is a two-way street. The more you know and learn, the more you will be able to influence and lead others toward desired outcomes and higher levels of success.

Practice Challenge:  Do you ever think about what you simply accept as truth or fact? Do you do any research to verify your beliefs? The more you dig into the basis of things, the more you will learn, which provides opportunities to make more connections resulting in greater creativity. How are you influencing others? Since creative thinking has been identified by leaders at all levels as one of the most important traits a worker can have, how are you influencing those around you to become better, more creative thinkers?

Dr. Anthony Paustian is the author of four books including his most recent, A Quarter Million Steps. For more information, please visit his website at www.adpaustian.com 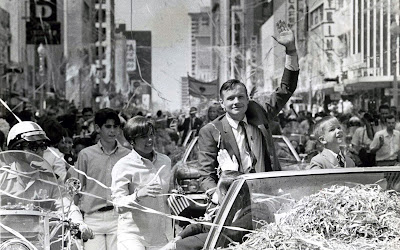 Whether it’s the Illuminati controlling the world, the September 11th attacks being an “inside job,” or people believing the world is flat, conspiracy theories have always existed. One of the most popular conspiracy theories is that the Apollo Moon landings never happened and were faked on a sound stage.
The theorists point to a number of perceived issues with film oddities, radiation exposure, flag fluttering, preservation of footprints, lack of lunar module blast craters, no visible flame on the ascent stage, communications delays, and missing telemetry tapes and blueprints.

Despite those who have bought into this theory, these issues have been either debunked or logically explained by many people on numerous occasions. Among the issues related to this theory, I’m surprised I’ve never heard of anyone questioning the short length of time it took to go from an…
Read more

Imagine an organization with a name recognized in every country in the world, whose every move was watched by hundreds of millions of people, and whose successes fulfilled the dreams of a nation and inspired awe and admiration around the world. This was NASA in the 1960s.


I was five years old when Neil Armstrong and Buzz Aldrin became the first men to land on the Moon during the flight of Apollo 11. Like many people, I watched the event on a black and white television, and then went outside to look up at the Moon, knowing people were there. For the millions of children across the globe who were inspired by that occurrence, this was a defining brand moment for NASA.
The Apollo program set a new and dramatic benchmark for our abilities as a nation. If we can go to the Moon, then what other feats long considered impossible could we accomplish? While President Ken…
Read more