I grew up watching the The Jetsons, a futuristic television cartoon created by Hanna and Barbara in the early 1960s. As George Jetson and his family traveled around in flying vehicles while living and working in buildings that seemed to float in the sky, it was easy to think that anything representing a total paradigm shift from current life had to be light years into the future.

However, I recently attended the Experimental Aircraft Association’s annual AirVenture in Oshkosh, Wisconsin. The largest air show in the country, AirVenture was loaded with state-of-the-art military and civilian aircraft and even modern, private sector rockets such as Jeff Bezo’s Blue Origin. But it was the smaller, more experimental aircraft that fascinated me. Despite my Air Force years on fighters (F-111s to be specific - now appearing in museums), I found myself repeatedly drawn to these very personal flying machines the entire week I was there.

The options were many, ranging from flying cars to personal transport drones. On the one end was the two-seat Switchblade. Classified as a flying sports car (its wings automatically folded in and out from the bottom of the car like a pocket knife), this amazing car/plane can reach ground speeds of 100 mph, a top air speed of 190 mph, and has a range of 450 miles.1 Then there was the two-seat Pal-V, a car/helicopter. Unlike the Switchblade and a bit slower, this vehicle doesn’t require a runway and can drive and/or take off from virtually any location.

However, the personal flying machine that truly amazed me was the all-electric drone developed by EHANG (listed as one of the Most Innovative Companies of 2016 by Fast Company). About the size of a Volkswagon Beetle, this flying machine eliminated the most dangerous element of transportation––driver/pilot error. Controlled by a fail-safe autopilot and ground-based flight control center, the “rider” simply climbs in, sets their destination on the touchscreen (kind of like tapping on a location in Google Maps), and taps GO. The drone does all of the work, carrying the passenger from point A to B using the fastest and safest route.

Now think back thirty years ago to the year 1987 (or imagine it, if you were born after). A gallon of gas cost 89¢, and the price of a new Honda Civic was just over $6000.2 The first successful email sent from China was received by its desired recipient in Germany,3 and there were a third less people in the world.4 Web browsers like Google didn’t exist so you couldn’t surf or really do anything on the Internet, a cell phone sold for thousands of dollars, required a large carrying bag, and ONLY allowed you to make a call (and in only very limited areas in the country),5 and there was no GPS in your car telling you where to go.

Whether we realize it or not, we’ve been adapting to huge paradigm shifts throughout our entire lives, whether it’s gas-powered automobiles transitioning to all electric, self-parking, or even self-driving cars; rotary dial telephones evolving into smartphones with more computing power than the sum total of all computers that sent men to the Moon; and storefront, face-to-face retail shopping slowly giving way to online shopping––while those who still shop in person use smartphones instead of cash to pay for their merchandise.

While personal flying/driving machines are still nowhere near mainstream adoption, I can’t help but wonder what life will be like thirty years from now in 2047.

And then there are the people who lead the paradigm shifts. Gene Roddenberry was able to imagine a future in Star Trek totally different from what was considered normal in the 1960s. That vision of the 23rd century inspired a generation of kids to imagine and create, and now we use many of those imagined 23rd century innovations today. Steve Jobs pictured a world where everyone had a personal computer, and now we all have one, either in our pockets or on our wrists (or both). John F. Kennedy envisioned Americans walking on the Moon, which resulted in the development of thousands of new innovative products we all take for granted every day.

Change happens, and its impact is inevitable. What separates the successful leader and entrepreneur is his or her ability to imagine, envision, and be open to a future that’s different from today…and not just adapt to it as it happens.

Who knows, today’s “concept” of automobiles may no longer exist in thirty years. Someone like a Gene Roddenberry, Steve Jobs, or John F. Kennedy may lead a shift in paradigm, and we could all be flying around in our own personal flying machines to our homes in the sky…just like in The Jetsons.

Bolts from the original Launch Umbilical Tower (LUT). by Dr. Anthony Paustian Author of  A Quarter Million Steps National Space Society REPRINTED WITH PERMISSION ©2019  Anthony D. Paustian I’m a collector of sorts, especially when it comes to Apollo memorabilia. There’s something about being surrounded by these artifacts that ignites and inspires my creativity. While window shopping an online space auction recently, something grabbed my attention––two large bolts including washers and nuts. Though most people probably wouldn’t get too excited about a couple of bolts, these were special, as they were part of the original Launch Umbilical Tower used to launch the Saturn V rockets to the Moon. The bolts were huge, about eight inches in length, weighed about five pounds each, and still had portions covered in the original orange-red paint. Seeing these bolts got me thinking about everything that went into putting a man on the Moon. While we celebrate the 50th anni 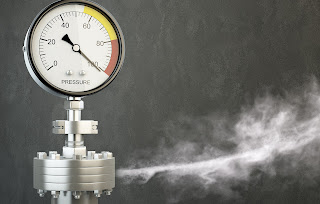